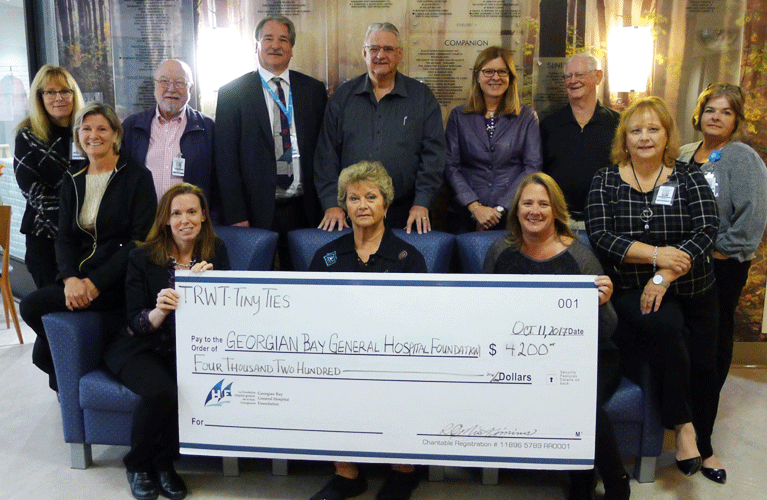 Past directors from Tiny’s Residents Working Together (TRWT) recently visited Georgian Bay General Hospital (GBGH) to make a donation of approximately $4,200. TWRT published the Tiny Ties newspaper based on financial support from advertisers and dedicated members. In 2010, the last Tiny Ties paper was published due to lack of volunteers. With the remaining funds, TRWT directors made the decision the money would best serve the residents of Tiny and the community if given to GBGH. TRWT is proud to make this donation on behalf of its loyal supporters.