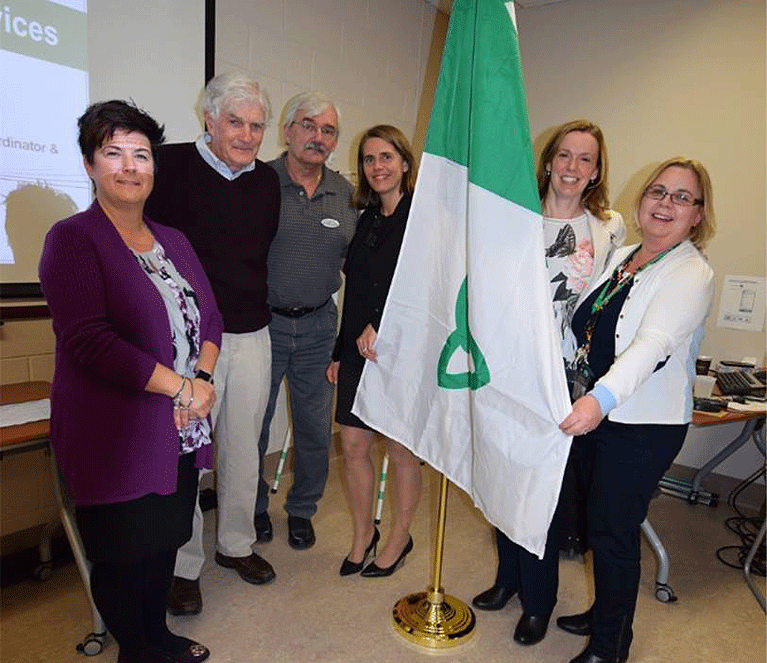 The designation applies to the ambulatory care program and the finance, human resources and telecommunications services carried out on behalf of the Ministry of Health and Long-Term Care.

“This designation is the result of a lot of hard work on behalf of our staff to ensure that we here at Georgian Bay General Hospital are able to provide the best care possible to all of our patients – which means being able to do so in both English and French,” said Interim President & CEO Paul Davies.

“I am ecstatic with the news”, added Board Chair Rick Philbin, who himself is Francophone. “It demonstrates our commitment to the French Language Services Act and to serving the population of the area in both official languages of Canada.”

As an agency designated under the FLSA GBGH is required to continue to provide services to the public in French in accordance with the provisions of the FLSA and work towards maintaining French-language services capacity.

“I recognize that this is the result of many years of effort with various partners working towards this common goal,” stated John Maury, Manager, French Language Services Office Ministry of Health and Long-Term Care. “Thank you for your continued commitment to proactively offer quality French-language services to Francophones in Ontario and for meeting their unique cultural and language needs.”