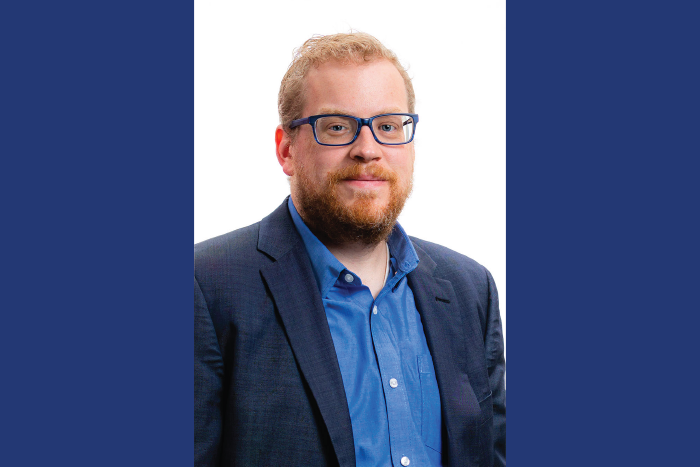 September 12, 2022 – The Georgian Bay General Hospital (GBGH) Board of Directors has appointed Matthew Lawson as the president and CEO of the organization, effective immediately, after a comprehensive national executive search during the summer. Lawson has served in the interim role since June 24, following the resignation of past president and CEO Gail Hunt. Prior to being the CEO, Lawson was the hospital’s executive vice president and chief financial officer.

“Having already been part of the GBGH team, this organization and the Board have been fortunate to experience Matthew’s energy and expertise for some time now,” says Tim Kastelic, chair, GBGH Board of Directors. “We have consistently been impressed by his strategic insights, as well as his commitment to GBGH’s people – including not just the community we serve, but also the team members who work, practice and volunteer at the hospital. Matthew has transformed many aspects of the hospital through his past contributions and we look forward to his many future successes at GBGH.”

Since joining the organization in June 2021, Lawson has proven himself to be a highly skilled financial expert, an effective and approachable leader, a champion of patient-centred care, and a tenacious advocate for the hospital.

“When I first joined GBGH last year, I was instantly inspired by the organization’s culture and energized by the future prospects of this hospital,” says Lawson. “Although we’ve seen some challenging times related to the pandemic and staffing in recent years, hospitals will always face some adversity. Regardless, I am committed to advancing the strategic goals and priorities of GBGH as we continue to foster a patient-centric approach in everything we do. More specifically, our goals include the growth and alignment of services with community needs, including securing approval for an MRI, expanding clinical programs such as surgery and pushing ahead with approvals for an acute mental health program.”

Given the current human resources challenges across the health sector, Lawson is also prioritizing engagement with the GBGH team and making this hospital a sought-after workplace for talented healthcare professionals.

Lawson is a chartered professional accountant (CPA) and certified management accountant (CMA). He also holds an Honours Bachelor of Business Administration, a Masters in Health Administration and is a certified health executive with the Canadian College of Health Leaders.

Prior to joining GBGH as EVP and eventually becoming interim president and CEO, Lawson was the chief performance officer at Royal Victoria Regional Health Centre (RVH) in Barrie. In this role, he was responsible for a variety of financial, administrative and support service functions. While at RVH for more than a decade, Lawson led teams on both corporate and clinical sides of the organization, gaining a valuable understanding of the many aspects involved in hospital operations.