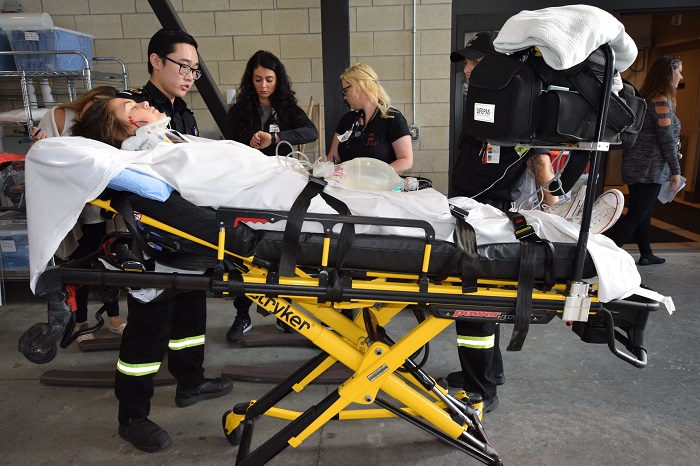 As part of GBGH’s emergency preparedness training, the hospital executed its first large-scale mock Code Orange in the new Emergency department on Thursday, September 26 between 0900 and 1200 hours.

A Code Orange is the emergency code for a mass casualty incident outside the hospital, which could include a Chemical (C), Biological (B), Radio-Nuclear (RN), Explosive (E), or Environmental (E) event due to natural, accidental or intentional acts.

The scenario for this mock Code Orange was based on a construction scaffolding collapse at a high school, causing 17 patients to be transferred to GBGH’s Emergency department with injuries of varying severity. It also involved a CBRNE component, providing the hospital with an opportunity to practice full decontamination processes.

To ensure this exercise was authentic, GBGH worked with the County of Simcoe Emergency and Paramedic Services. Local students from St. Theresa’s High School participated as patients and family members.